It's been quite a productive weekend on the Armdroid front....    I popped down to my parent's house this morning and hijacked the miniature modeling lathe in the workshop to fabricate additional cable clamps.

This means I should be able to start restringing later in the week.


As you may recall...  I only have four out of the six clamps needed to start restringing my Armdroid, and previously had decided additional clamps would be made up keeping faithful to the original design as closely as possible : 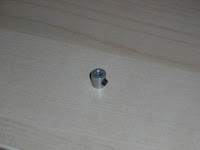 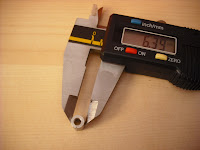 The aluminum cable clamps (shown above) measure 6 x 6.3mm and consist of a 3mm diameter center bore, tapped with an M3 grub screw.

First step was machining down aluminum rod to approximately the same thickness as the outer diameter, checking with the caliper carefully as we go: 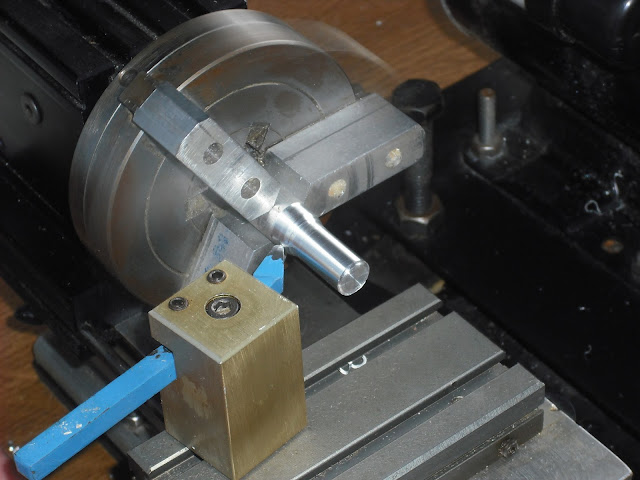 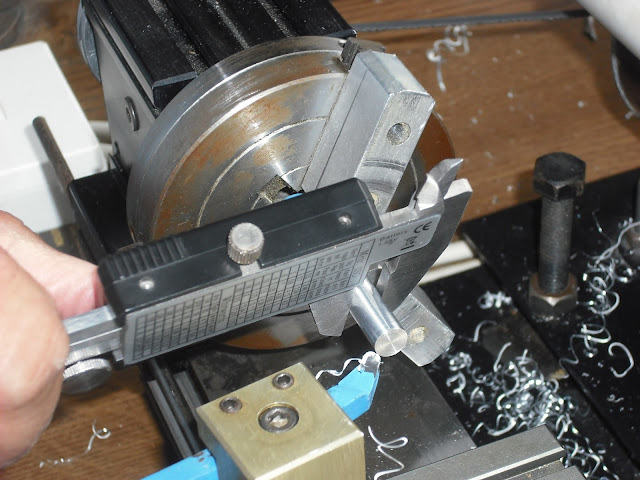 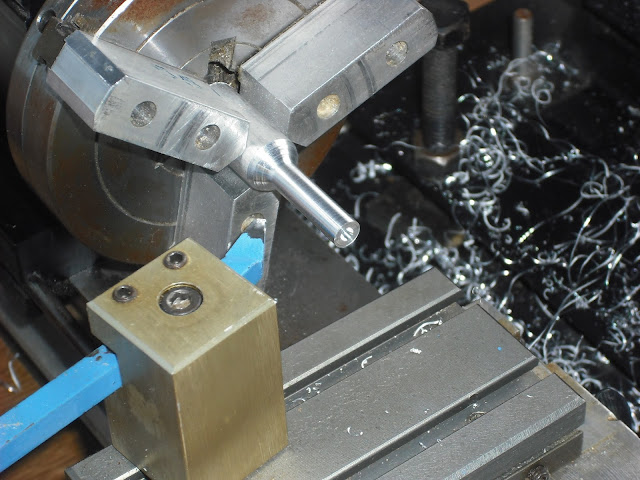 Then drilling out to 3mm forming the inner bore: 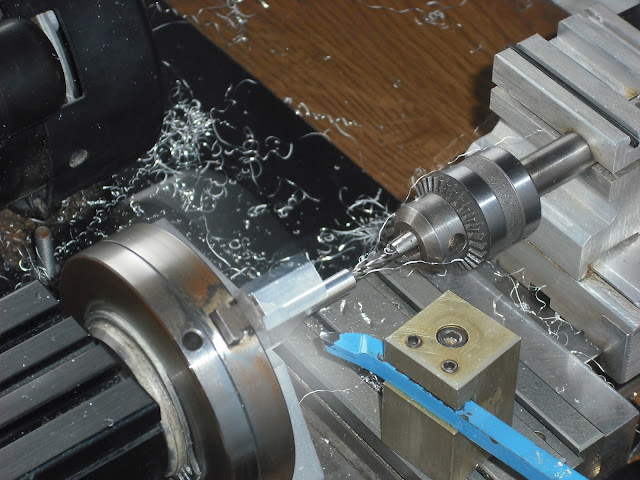 You can see we're actually making both parts from the same work-piece.

Center is now bored to correct depth, the whole part is then cut off followed by additional machining to tidy: 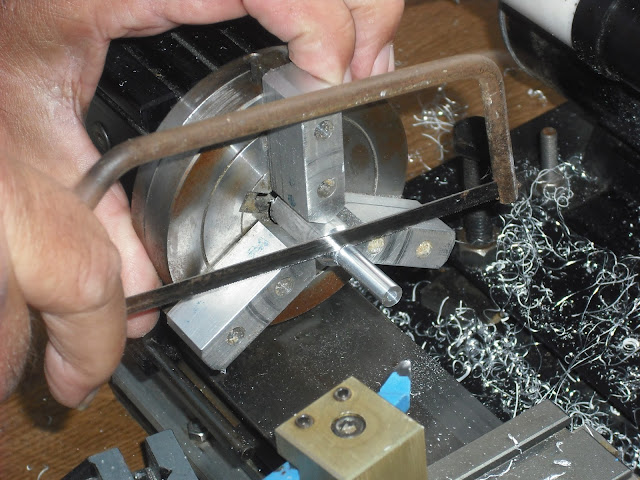 Next we drilled holes for the grub screws - was a bit fiddly setting up the mini-craft for this purpose, but drilled we did: 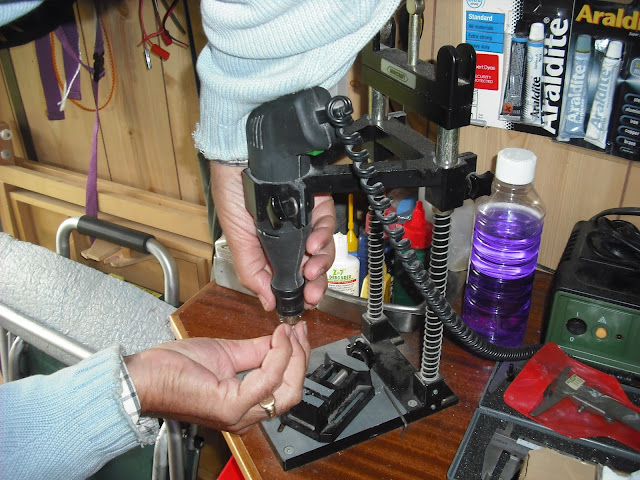 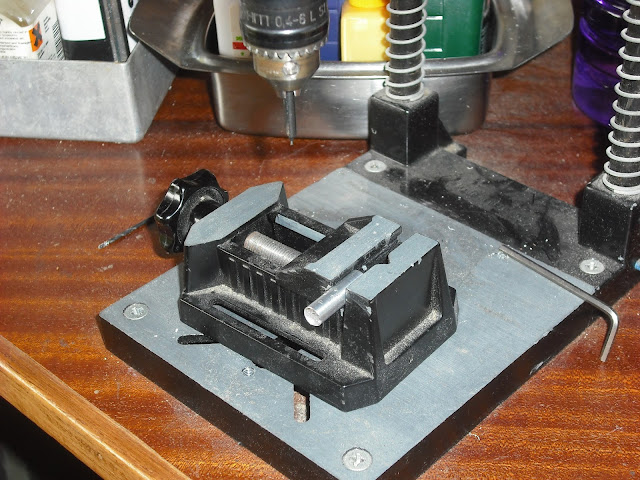 Followed by tapping to cut the threads: 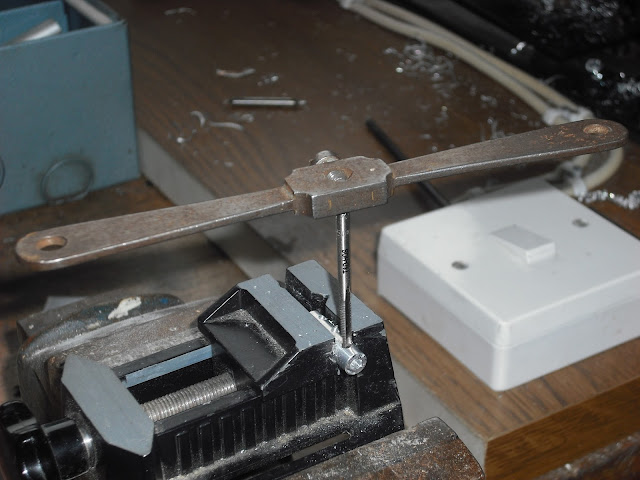 And finally, the two individual parts are separated from the work-piece, machined down to 6mm lengths leaving the tapped holes in the center. 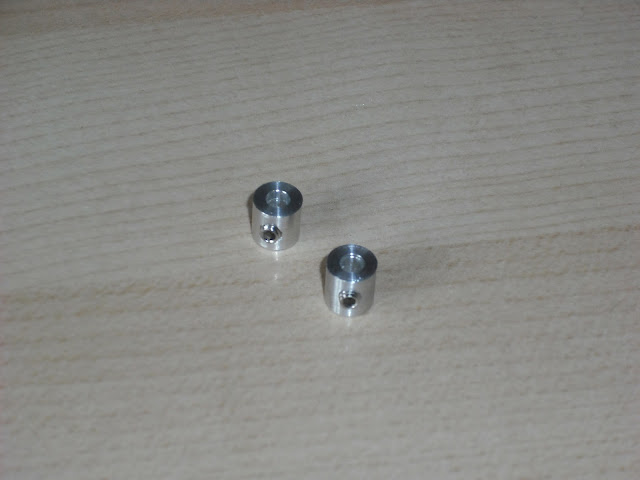 Two new cable clamps ready for the Armdroid - Not a bad job eh?


Test fitted with a small piece of string, and the grub screws are gripping nicely.  Hopefully these guys will do the trick, and should make a pretty good job when it comes to re-stringing.


Many thanks once again to my dad for assisting here, and letting me drink all the available coffee - It was after all, long before my normal getting up time on Sunday mornings !
Posted by Richard Morris at 15:19

Email ThisBlogThis!Share to TwitterShare to FacebookShare to Pinterest
Labels: Armdroid 1 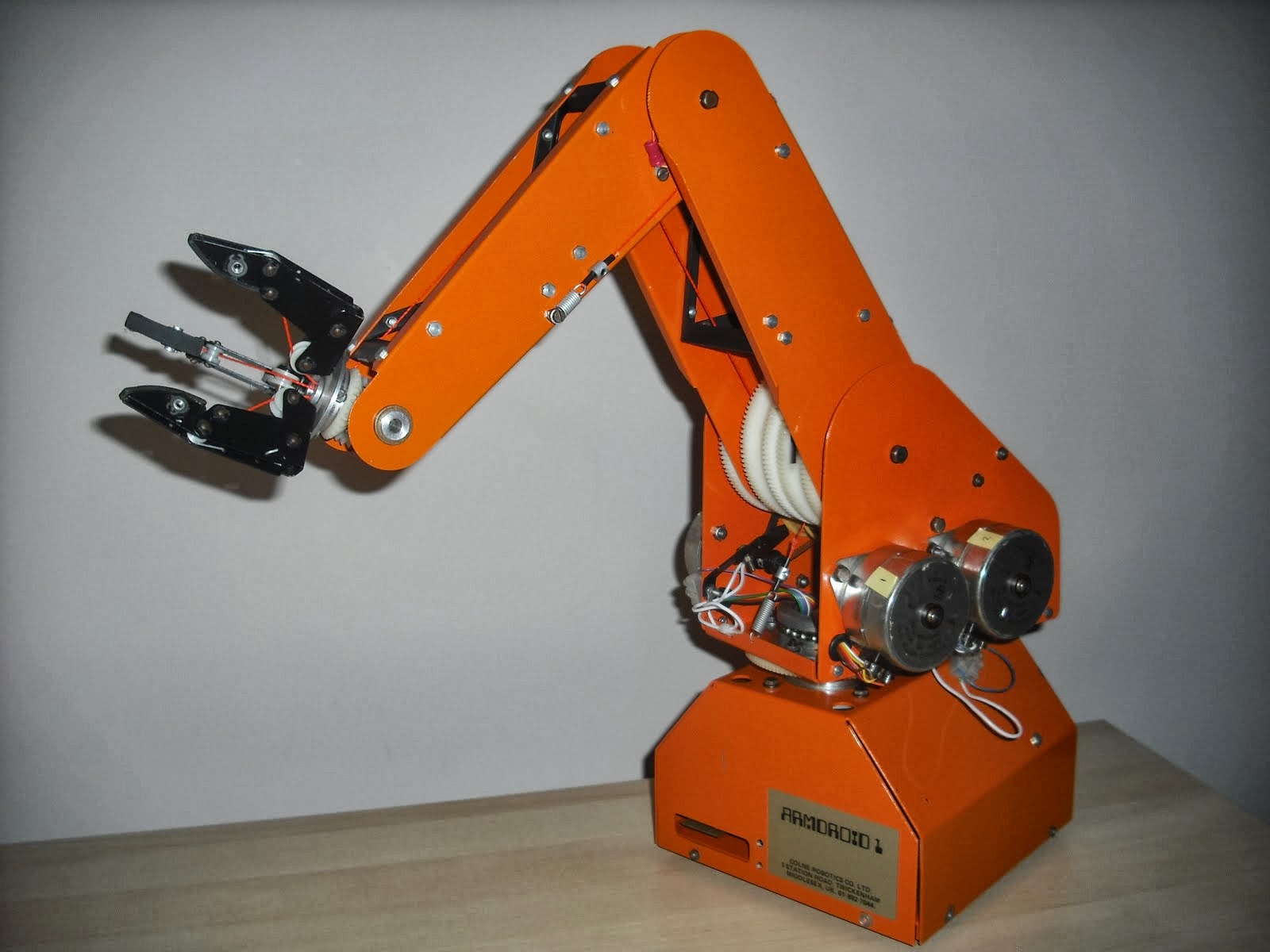 ...this is my Armdroid 1 robotic arm now completely restored. 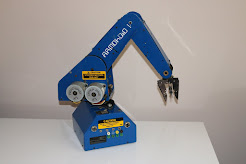 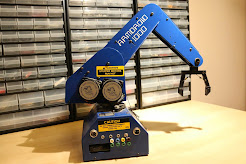